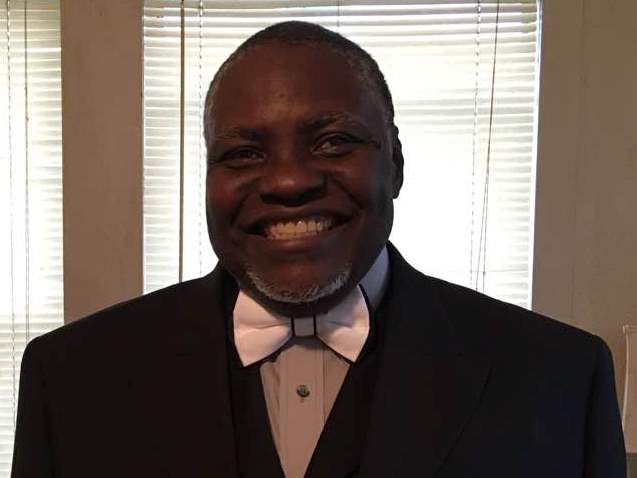 Bob Marovich from The Journal of Gospel Music contacted us Thursday (February 1) about the shocking and unexpected passing of Ronald Greer.  Greer was an educator and the author of Only A Look: A Historical Look at the Career of Mrs. Roberta Martin and the Roberta Martin Singers of Chicago, Illinois (2015).

Read more at the Journal of Gospel Music, and please continue to keep Ron’s family, friends, and colleagues in prayer throughout this emotional time.

People from all over the country packed the pews of Trinity United Church of Christ Tuesday and Wednesday evening to celebrate the life of gospel music way-paver, Delois Barrett Campbell, the “Royal Lady of Gospel.”  Many around the world watched online; so many in fact, that Trinity’s website crashed due to the volume of viewers.  Lady Delois, of the internationally renowned Barrett Sisters and formerly of the trailblazing Roberta Martin Singers, passed August 2.  She was 85.

Tuesday night’s musical tribute was a celebration of lively music and hearty laughter as Lady Delois was fondly remembered for her vocal prowess, her elegance, and her endearing presence.  Musical salutes were given by Chicago’s First Church of Deliverance Choir, psalmist Tanya Ray, the Gospel Music According to Chicago (GMAC) Choir, and Quinton Washington, who sang in Jennifer Hudson’s absence.

In salute to Delois Barrett Campbell and The Barrett Sisters, who are cited as influences on today’s gospel sister groups, the sensational Brown Sisters took to the platform and immediately brought the crowd to its feet with a medley of the Barrett Sisters’ “I’ll Fly Away (Lord, Give Me Wings)” and “I’ve Got A New Home.”  The remaining sisters Rodessa Barrett Porter and Billie Barrett GreenBey stood, swayed, clapped, and grinned as the Browns led the celebratory audience down memory lane.

It was the Rev. Stanley Keeble’s recounting of Jessy Dixon’s “The Wicked Shall Cease from Their Troubling” that caused the church to explode in praise.  Keeble opted not to sing the song, but no sooner than he completed his remarks and laid the mic down, the church became one huge mass choir and broke spontaneously into the song’s chorus.  Pastor DeAndre Patterson, one of the evening’s emcees, brought Keeble back at least twice to sing the verses, and the house erupted in jubilation.  The Campbell daughters as well as Barrett Sisters member Tina Brown were among the many dancing in the spirit.  It was just the kind of rejoicing that Lady Delois would want – and perhaps prayed for – at her homegoing.

The evening was not without laughter as Lady Delois was remembered for her big hair and long eyelashes, her skills in the kitchen (especially her soul food), and her sense of humor.  The evening’s funniest remembrances were shared by her oldest daughter, Dr. Sue Campbell-Ladd, who recalled her mother’s enjoyment of talking on the phone, insistence that her daughters “learn to be on time,” and love of sports, particularly the Chicago Bulls.

In a rousing finale, the Barrett Sisters–Porter and GreenBey along with Tina Brown, who was hand-picked by Lady Delois as her stand-in vocalist–were escorted to the pulpit, donning the royal color of purple like the rest of their family and friends, to perform their popular number “Jesus Will,” backed by the Trinity United Church of Christ Choir.  The bereaved sisters were embraced by a standing congregation and uplifted by supernatural strength; in response, they delivered a healthy dose of encouragement in their own classy and musically excellent way.

‘Twas the night of a fitting tribute to a royal lady.

Wednesday’s homegoing service of nearly four hours was the continuance of celebration thanking God for the life and legacy of Delois Barrett Campbell.  Prominent clergy, politicians, and gospel singers came to pay homage while the main floor and balcony of the Trinity UCC sanctuary was again filled with family, friends, and admirers.

Among the numerous spoken-word tributes was a beautifully delivered recitation of “God Saw You Getting Tired” by Lady Delois’s 13 year-old granddaughter, Nailah Harris, and an audio message from the “Queen of Soul” Aretha Franklin.  George Nierenberg, who directed the critically acclaimed 1982 documentary, Say Amen, Somebody, which skyrocketed the Barrett Sisters to international fame, shared accounts of his personal interaction with Lady Delois and her sisters during the making of the movie.  Anthony Heilbut, author of The Gospel Sound, escorted the congregation to yesteryear, playing Lady Delois’s very first solo recording with the Roberta Martin Singers in 1947, and her last, about 50 years later.  This was one of several highlights, as members of Wednesday’s audience could be heard saying, “Go ‘head ‘Lois,” “You betta sing!” and “That’s alright, Mama” while listening to her voice soar and then settle back into sheer sweetness on the recordings.

Other musical highlights include vocalist Kathy Taylor’s passionate delivery of “The Corinthian Song.”  It was rafter-rattling; many of the worshippers could have used a psalmic selah afterwards.  “He Looked Beyond My Faults,” a flawless performance by Lady Delois’s contemporary, Romance Watson of the famed Roberta Martin Singers, was accompanied by a thunderous standing ovation that continued as he exited the sanctuary.  (He apologized for being hoarse.)  I can only imagine that Lady Delois brought the house down in like fashion with her God-given singing virtuosity at the many funerals for which she sang through the years.

Angela Hunt, the Caravans’ Delores Washington, the Carson Sisters, Tina Brown of the Barrett Sisters, and Pastor DeAndre Patterson also comforted the family with musical selections between tributes, readings, and words of comfort from Trinity’s pastor, Rev. Otis Moss, III.  One special reading was a letter of condolence from President Barack and First Lady Michelle Obama.

As the evening drew to an end, those “Sweet Sisters of Zion” graced the pulpit to perform the final musical tribute, “God Be With You Til We Meet Again.”  Despite being grief-stricken, when the Barrett Sisters opened their mouths, their countenances lifted and their harmonies rang.  As they approached the final notes of the song they’ve closed concerts with time and time again, Ladies GreenBey, Porter and Brown bowed.  It was a most moving moment for me.  This time, I sensed that they bowed not to receive recognition from their audience of admirers for a job well done. Rather, they bowed in salute to gospel music royalty – for her job well done.

Photos by photographer David Spearman where noted.  GMF thanks him for granting us permission to publish the photos with this story. 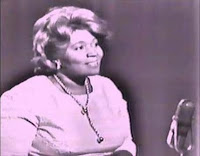 GMF learned from Bob Marovich at The Black Gospel Blog that gospel legend Delois Barrett Campbell of The Barrett Sisters and formerly of the Roberta Martin Singers entered into eternal rest today.  She was 85 years-old.

I cannot say enough about what Mother Delois meant to me on a personal level.  I have not known a more genuine, kind-hearted, faith-filled, and tenacious person.  Our conversations and exchanges are ones that I will keep private, hold dear, and cherish always.

Delois Barrett Campbell was rare and is irreplaceable.  I love you, Mother Delois.

The Campbell and Barrett families have our sincerest, heartfelt sympathy.  We do rejoice, however, that Mother Delois has gone from the labors and cares of this life to rest and reward.

Arrangements are as follows:

Please read more about her passing and career at The Black Gospel Blog and www.cbsnews.com.