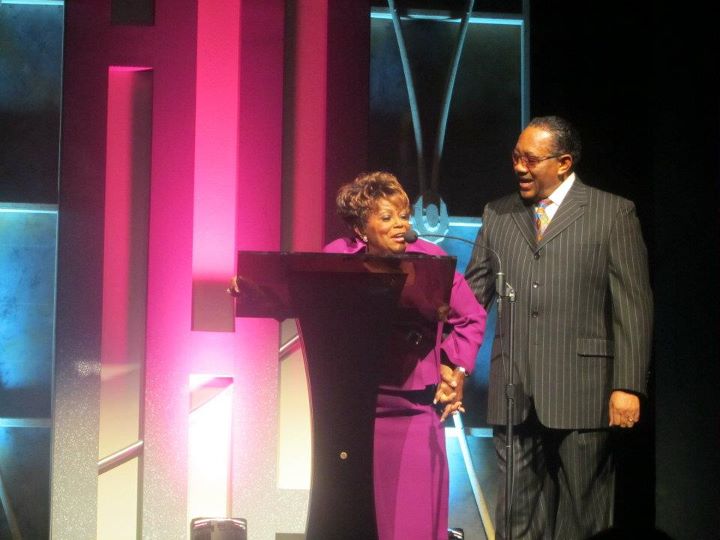 Gospel music’s version of the Grammys is taking place this weekend in Nashville.  The first winners of the 27th annual Stellar Gospel Music Awards were announced last evening at the 2012 pre-show, held before a capacity crowd at the Tennessee Performing Arts Center.  Hosts of the non-televised event were Byron Cage and Maurette Brown Clark.
“Gospel’s Greatest Storyteller” Dorothy Norwood received the Ambassador Dr. Bobby Jones Legends Award.  The Caravan alumna’s career spans more than half a century.
Left: Dorothy Norwood accepts the Ambassador Dr. Bobby Jones Legends Award, recalling her years of traveling during the era of racial injustice and discrimination.
In addition to the awards presentations, a special award was given to the daughters of pioneering gospel great Delois Barrett Campbell, who passed away August 2011.  Because of her internationally renowned contributions to gospel music with the Roberta Martin Singers, the Barrett Sisters, and as a solo artist, her name will be inscribed on the Stellar Award. 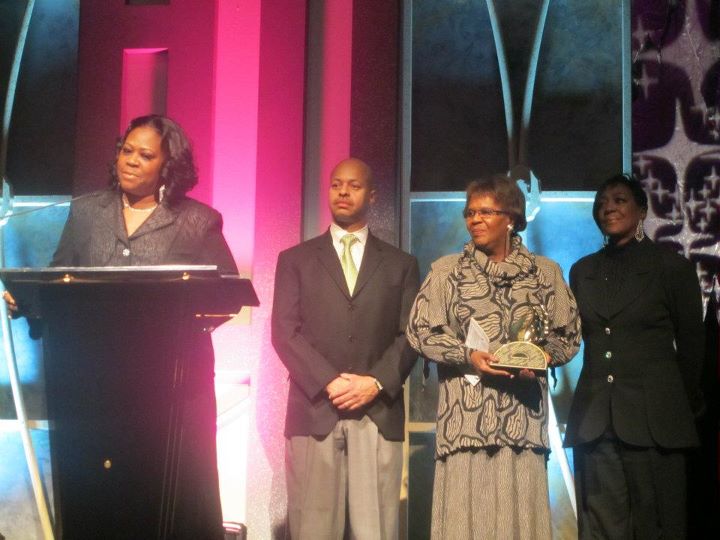 Categories and winners announced at the pre-show are as follows:

Traditional CD of the Year
How I Got Over – Smokie Norful

Praise and Worship CD of the Year
Triumphant – VaShawn Mitchell

Quartet of the Year
The Rance Allen Group

Producer of the Year
Kirk Franklin

The Stellar Awards continues tonight at the Grand Ole Opry with hosts Dorinda Clark-Cole and Marvin Sapp.  Stay close to GMF for the complete list of this year’s winners.