CHICAGO, Oct. 26, 2012 /PRNewswire/ — Two of Gospel music’s biggest acts will share the microphone when Kirk Franklin and Tina and Ericka Campbell of Mary Mary co-host the 28th Annual Stellar Gospel Music Awards. The annual salute to gospel’s best and brightest performers returns to Nashville‘s iconic Grand Ole Opry House Theater Saturday, January 19, 2013.
The Stellar Awards will air in broadcast syndication on 150 stations in
over 125 markets around the country and on the GMC TV network from January 19 to March 3, 2013. Today the nominees in twenty-eight categories of excellence were announced via webcast (www.thestellarawards.com) and social media.
With
more than 30,000 fans logging online to cast their votes for their
favorite projects of the year, show co-hosts and WEtv reality stars Mary Mary
lead the list of nominees with nine total nominations based on their
latest disc Go Get It.  Nominations include “Song of the Year,”
“Contemporary Group/Duo of the Year,” and “Contemporary CD of the Year,”
in addition to recognition for the project in the “Producer of the
Year,” “Music Video of the Year” and “Recorded Music Packaging of the
Year” categories. 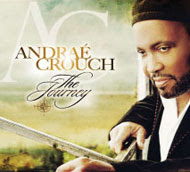 Newcomer Charles Jenkins
who, in addition to earning a “Best New Artist” nomination for his
debut CD The Best of Both Worlds, garnered recognition in seven
additional categories including “Artist of The Year” and “Song of The
Year.” Other multiple nominees include superstars Marvin Sapp and Fred Hammond
with six nominations each, both nominated in the hotly-contested “Male
Vocalist of the Year” and “CD of the Year” categories; legendary Andraé Crouch
with five nominations, including “Artist of the Year” and “Song of the
Year” for his disc The Journey; and “Best New Artist” contender Isaac Carree with five nods for his solo debut Uncommon Me.
“We’ve participated in the Stellar Awards for years and always look forward to it,” said Tina Campbell of Mary Mary.  Erica Campbell added, “Serving as hosts this year with our friend and colleague Kirk Franklin is an added bonus–we’re looking forward to having an amazing time!”
Hailed as “gospel music’s biggest night,” this year’s Stellar Gospel Music Awards features live performances by Tamela Mann, Charles Jenkins & Fellowship Chicago, Israel Houghton, Marvin Sapp, Tye Tribbett and Le’Andria Johnson, among others.
This
year, the Stellar Awards will also present five special categories
highlighting the top radio stations serving urban gospel music
audiences. Via an online fan voting campaign that runs November 1 through November 25, the award for “Radio Station of the Year” will let viewers decide who should receive the highest honor among terrestrial radio, internet, syndicated and satellite programs that broadcast gospel music.
In
addition to recognizing the year’s most outstanding contributions in
the genre, The Stellar Awards also bestows special honors upon
individuals whose names are synonymous with greatness through
distinguished careers in the gospel arena. This year, global inspirational leader Bishop T.D. Jakes will receive the Thomas A. Dorsey Most Notable Achievement Award; the James Cleveland Lifetime Achievement Award will be presented to gospel music great Kurt Carr; and the Ambassador Dr. Bobby Jones Legends Award will be bestowed upon Inez Andrews for her contributions to the industry.
“It
is always humbling to be recognized for the work you do in service of
others,” said Jakes, who will be acknowledged for his work as a
faith-leader, author and producer. “To receive the Most Notable
Achievement Award from The Stellar Gospel Music Awards is a true honor.”
The live taping at the Grand Ole Opry House Theater in Nashville, TN is open to the public and tickets are on sale now through Ticketmaster. Ticket prices range from $55 to $200. Balcony seats are available for students for $35.
In addition to the awards ceremony, there are a number of ancillary
activities that celebrate and recognize outstanding achievement in the
genre which are open to the public, including the Stellar Awards
Pre-Show on Friday, January 18 and the Stellar Gospel Radio Awards and Showcase on Saturday, January 19.
For additional details, visit the Stellar Awards website.