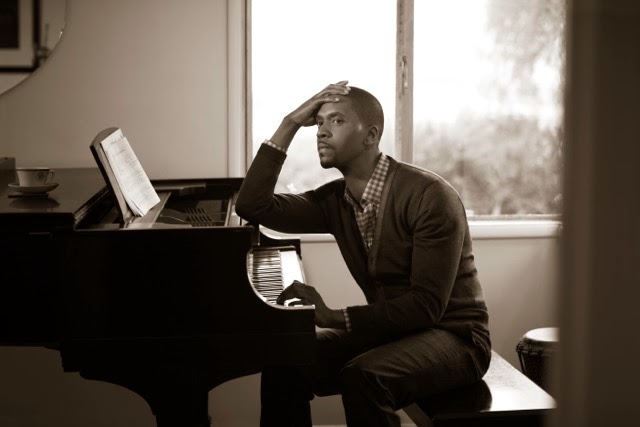 
“I’m pretty excited about it,” says Lawrence. “I’ve always been committed to using music as therapy to inspire and encourage as well as to entertain and that’s what the Doug Banks Media Group recruited me to do with this show. It will be a mix of inspiring music by artists ranging from Jill Scott to the Sounds of Blackness. There will also be audience call-ins, motivational messages and daily words of wisdom to help listeners live their best life.” “Donald Lawrence is a very talented and well-respected gospel music industry icon! We are excited to bring his Music Therapy program to radio stations around the country,” says Doug Banks, a legendary on-air radio personality and a pioneer in radio syndication.


“As we look to grow Doug Banks Media Company, we fully recognize the opportunities available with our core UAC audience,” says Ed Pearson, President, Doug Banks Media Group. “Gospel music and inspirational engagement is now and always has been very important to our listeners, and we are happy to be offering stations the opportunity to bring to their listeners, a unique spiritual experience with Donald Lawrence’s Music Therapy.” Lawrence began his career as a music director for R&B legend Stephanie Mills and vocal coach for En Vogue. Then, in the mid 1990s he made headlines as the leader of the critically-acclaimed Tri-City Singers choir that enjoyed a dozen radio hits such as “The Blessing of Abraham,” “The Best Is Yet To Come,” and “Encourage Yourself.” In 2004, Lawrence launched a solo career that has included signature songs such as “Back II Eden” and “Healed.” Since 2007, Lawrence has served as spokesman for Verizon Wireless’ How Sweet The Sound national gospel choir talent competition. Lawrence’s latest project, 20 Year Celebration – Vol. 1: Best For Last, boasts the radio hits “Best For Last (featuring Yolanda Adams),” ”There Remaineth A Rest,” and the #1 smash “The Gift.” A Grammy® Award winning producer, Lawrence has written for and collaborated with R&B artists such as Faith Evans, Mary J. Blige, Lalah Hathaway, Kelly Price, and SWV’s Coko. He’s also produced #1 gospel hits such as Hezekiah Walker’s “Every Praise” and The Clark Sisters’ “Blessed And Highly Favored.”The Philadelphia-born, Detroit-raised Doug Banks began his radio career as an on-air personality at KDAY in Los Angeles. One of his next stops was in Chicago at WBMX (now V103), where he took the morning show from a 1.8 share to a healthy 5.6, beating the competition. Eventually moving into mornings, he became a Chicago institution from 1987 through 1994. Then for more than a dozen years, Banks’ syndicated “The Doug Banks Show” aired over the ABC Radio Network. In 2010, Banks moved to American Urban Radio Networks and re-launched his syndicated morning show as an afternoon drive program first as “The Ride with Doug and DeDe” and now back to its original “The Doug Banks Show” moniker.