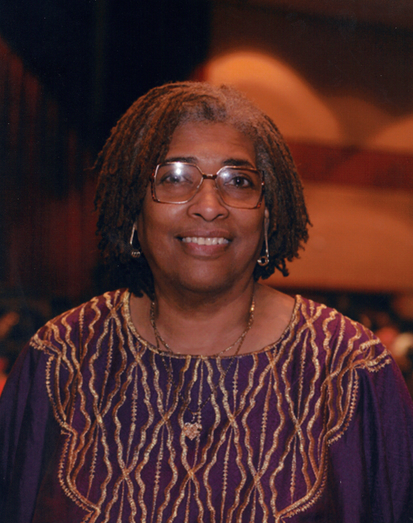 
Marsha D. Sumner, a native Washingtonian and celebrated local gospel
radio announcer for two decades, died on Saturday, January 24, after a
brief illness. She was 69. Sumner,
who was born on April 20, 1945, attended DC public schools
and graduated from Theodore Roosevelt Senior High School, where she
excelled in sports and received an athletic scholarship to Tennessee
A&I State University.  Marsha declined the offer saying, “All they
wanted me to do was run track and that rubbed me the wrong way.”
Alternatively, she started a career in government service, working at
HUD and FEMA for 30 years in areas that included recovery work at
natural disaster sites. “I felt like I had found my niche,” she once
said. “At the end of the day, I could always see that I had helped
somebody.” “While
she was traveling around the country covering earthquakes, hurricanes
and floods for FEMA, I always told her she had a very distinct voice for
radio,” said her long-time friend and former media executive Portia
Scott, who first met Sumner at a church they both attended in
the mid-1980s. “I encouraged her dream and the next thing I knew, she
had a vocal coach, enrolled and graduated from the Columbia School of
Broadcasting,” Scott continued. In
the late 1980s, Sumner began to volunteer at the University of
the District Columbia’s radio station WDCU 90.1 FM. “She did that so she
could be in the broadcasting environment and learn to work the boards,”
Scott adds. Before long, Sumner was hosting her own gospel music
program at UDC on Sunday mornings during the 6 to 8 AM slot. She
remained there for a decade until the station was sold to C-SPAN in
1997. Sumner then briefly worked for WWGB 1040 AM in Suitland, MD before
she was hired by CBS Radio’s WPGC Heaven 1580 AM, where she held down
midday and overnight on-air positions for a dozen years. Sumner
used her radio platform to expand her mentoring and evangelistic
ministry, focusing on youth in the DC metropolitan area. Some of her
youth programs included organizing Youth in Praise Rallies that she
called “Holy Ghost Throw Downs,” which drew thousands of area kids.  She
hosted “gospel nights” at various roller skating rinks and was also one
of the first regional radio announcers who sought to include Christian
rap in the traditional-styled gospel radio format. “I want them to come
off the street and get this message while they [come together] and
have fun,” she told The Washington Post in a 1993 article. “I was
immediately drawn to Marsha’s warm smile and quiet strength,” Heaven
1580’s former program director Matt Anderson said of Sumner in a recent
Facebook posting. “She knew the DMV and they knew her. Everybody liked
Marsha, in part, because of her contribution to the team. She was unique
in her approach to radio and listening to her was like talking to an
old friend.”

Sumner coined phrases during her broadcasts such as “stay
close,” “love you most much,” and often told the listening audience
to seek her out at station events so that she could “hug your neck.” At
Heaven 1580, Sumner interviewed some of the biggest names in gospel
music such as Yolanda Adams, Candi Staton, Richard Smallwood, and Israel
Houghton, among others. Her favorite was CeCe Winans. “She has a sweet
spirit and is always the same. Interviewing her was like a paycheck to
me,” she once said. Heaven 1580
briefly flipped to a Christian Talk station where Sumner hosted a
“Cross Talk-Urban Style” program for a few months in 2009. On this show
she led discussions involving an array of public issues and said at the
time, “Now I feel like I am helping people by keeping my community
informed.” After that station flipped again, Sumner chose to retire to
her home in Silver Spring, MD. However, she continued to actively attend
and participate in her evangelistic ministry as a member of the
Ebenezer A.M.E. Church in Fort Washington, MD, along with maintaining a
presence at various local gospel and community events.Marsha
Sumner’s parents Hubert and Miriam Sumner and several aunts preceded
her in death. She is survived by her loving brother Hubert Sumner III,
several cousins, two goddaughters and a host of special friends.

Summer will be celebrated in a funeral service February 3, 2015 at noon at
Ebenezer A.M.E. Church, 7707 Allentown Road, Ft. Washington, MD. Viewing
is at 10am.