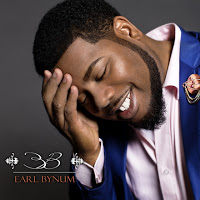 (Chesapeake, VA)  He is a prolific songwriter, a master vocal arranger and has
demonstrated musical creativity and gospel music artistry that has
elevated him as one of the most recognized leaders in music and
ministry.  Multi-award winning vocalist and producer Earl Bynum is the Executive Minster of Music at Mount Lebanon Baptist Church “The Mount” which has four locations–Chesapeake, VA, Elizabeth City, NC, Peninsula, VA and Charlotte, NC.  He is also the International Minister of Music for the Gospel Heritage Foundation.
With a vast catalog of songs and projects in his repertoire, Bynum is
now preparing to release his long awaited self-titled solo project EARL BYNUM in 2016 and leads off with a soulfully expressive single, “Call Him.”  Click here to watch it.
From The Bellamy Group