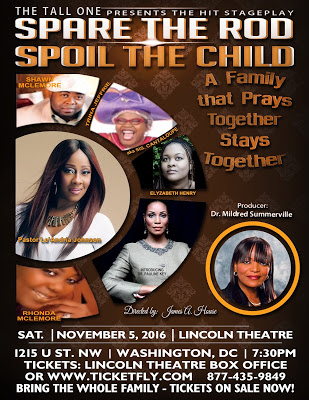 The award-winning gospel stage play is written by Dr. Mildred
Summerville and directed by James A. House. In this gripping and engaging dramatic piece,
a woman simply known as “Grandma” serves as the pillar of her surroundings. Her son’s
family is in crisis, and those within her neighborhood are drowning in chronic troubles of
their own. Through it all, Grandma seeks God on behalf of those who are not spiritually
inclined enough to seek Him for themselves. Even those who resent her, such as her son’s
sometimes-rigid wife, Linda, ultimately end up on Grandma’s prayer list. And when the walls
of the lives of those around Grandma seem to come tumbling down, they know who to turn
to for guidance and sound counsel. It’s not always advice that they want to hear, but it is
consistently the precise word needed to steer them in the right direction.

Using spirit-filled music and memorable characters like James, the doting son, Linda, the
insensitive daughter-in-law, Tracy, the high-strung teenager, and Sister Cantaloupe,
Grandma’s feisty sister, “Spare the Rod, Spoil the Child” portrays issues within the community
such as family dysfunction, peer pressure, substance abuse, and other pertinent matters
that are too often inadequately addressed or considered taboo altogether.

Other characters in the cast bring even more drama to the script. In her God-given wisdom,
Grandma confronts Tracy’s suppressed anger and bitterness, convincing her to disclose facts
about a rape kept secret for years. Also, she fervently prays for her grandson, William, who
has a change of heart and averts a life of gang involvement.

Though compounding events take a toll on Grandma, the audience will rejoice in knowing
that this elderly woman’s life was prayer-centered, purpose-inspired and inevitably not at all
lived in vain. Extraordinary drama, corrupt karma, a supportive pastor, and a praying
grandma, all come together to make “Spare the Rod, Spoil the Child” a must-see theatrical
production. Infused with foot-stomping gospel music, this is soul-stirring entertainment that
will warm hearts, tickle funny bones, uplift the spirits, and search the souls of all those who
experience it.

About the Writer/Producer
Dr. Mildred Summerville recently received an award from the
Heritage Registry of Who’s Who in the field of Spiritual Education
Entertainment for her award-winning play, “Spare the Rod, Spoil
the Child,” and she is an exclusive member of the Heritage Top
100. She was also a 2016 Down East Honoree of the Lifetime
Achievement Award. Dr. Summerville is an active member of Delta
Sigma Theta Sorority and Mt. Calvary Word of Faith Church in
Raleigh where she serves as an armor bearer for Pastor Shirley
Caesar. During her association and work with the renowned
gospel artist, Summerville realized she had a zeal and talent for
entertainment.