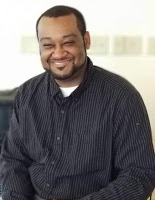 Rev. Ricky McDuffie, lead singer of Ricky McDuffie and The Family, passed Sunday, August 18, 2019, finishing a courageous battle with cancer.  He was 31.

Unfortunately, news of McDuffie’s death began circulating on social media Sunday before his immediate family made an official announcement.  (Please read this article about thinking before you post R.I.P. on social media.)  Condolences have continued to pour in from fans, friends, and contemporaries in the hours since the family’s official post.

Ricky McDuffie became the lead singer of the family group consisting of his siblings and cousins, then called The Mighty Golden Stars, at the age of 10.  Shortly after their grandfather Melvin Teal allowed the group to record two songs for his own quartet group’s CD in the late 90s, the grands began traveling as Lil’ Ricky and the Mighty Golden Stars and eventually released their debut CD in 2005, titled, I’m On My Way to Heaven.  In 2013, the group underwent another name change to Ricky McDuffie and The Family.  Their most recent release is He Changed Me Live (2017).

Despite declining health, McDuffie pressed on to perform with his family as recently as three weeks ago in late July.  In addition to being a singer, McDuffie was scheduled to celebrate nine years of preaching this past Sunday.

Update (8/23/19):  A Celebration of Life service has been announced for Sunday, August 25, 2019, at 3 PM at Berea Baptist Convention Center in Bennettsville, SC.  A musical tribute will take place Saturday, August 24, at 5 PM at Marlboro Civic Center, 106 Clyde Street in Bennettsville.  (Please note the venue for the musical has been changed from Spears Church to Marlboro Civic Center due to the expected attendance.)

GMF extends deepest condolences to McDuffie’s wife Valarie, his children, and the entire family throughout this most difficult time of adjustment.