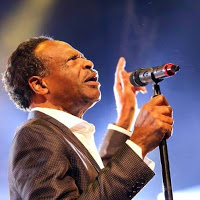 A week after the death of four-time Grammy® Award-winning recording artist, Edwin Hawkins, The Edwin Hawkins Singers’ 1969 million-seller, “Oh Happy Day,” has charted at #1 on Billboard Magazine’s Gospel Digital Song Sales chart for the issue week ending January 27, 2018.  The classic song had a 999% sales increase following worldwide news coverage of the celebrated artist’s passing from cancer last week.
In recent months, Hawkins and his management team had begun to plan activities surrounding the 50th anniversary of “Oh Happy Day,” which was recorded in 1968 and then spread to radio airwaves everywhere in the spring of 1969.  This coming August will also mark Hawkins’ 75th birthday.  The Hawkins Family will honor the man and his music during a two-day “Celebration of Life” at The Harbor Life Church, 4760 Thornton Avenue, Fremont, CA 94536, on February 6 and 7.  The services will begin at 7 PM PT each evening.  The public is invited to attend the celebration and admission is free of charge. The events will stream live on Mr. Hawkins’ Facebook page: Iamedwinhawkins.


Donald Lawrence is supervising the music and Edwin Hawkins’ music director, Derrick Hall, is the bandleader. Kurt Carr and Ricky Dillard are guest choir directors. Jonathan Grier and Rusty Watson, the longtime musical director of the Love Center Choir, will direct the bulk of the choir vocals. There will also be a reunion of the original Edwin Hawkins Singers, as well as, an appearance by The New Edwin Hawkins Singers and the Dream Team. Speakers will include Stellar Gospel Music Awards founder, Don Jackson; Bishop Carlton Pearson; Dr. Mary Beth Gentry; and music legend, Richard Smallwood.
There has been an outpouring of condolences from members of the music community, including Neil Portnow, the President and CEO of The Recording Academy.  In a written statement, Portnow said,

Edwin Hawkins was a celebrated recording artist recognized as a founder of modern gospel music.  He earned 19 GRAMMY nominations between 1969 and 1996, winning his first award for Best Soul Gospel Performance for `Oh Happy Day,’ the crossover hit that solidified his status as a leading force in gospel music.  He earned three more GRAMMY Awards® during his career in the Best Soul Gospel Performance and Best Gospel Album By A Choir Or Chorus categories.  Edwin’s contributions to the contemporary Christian genre and commitment to music celebrating religious faith will continue to inspire both artists and audiences for years to come. Our thoughts go out to Edwin’s family and collaborators during this difficult time. 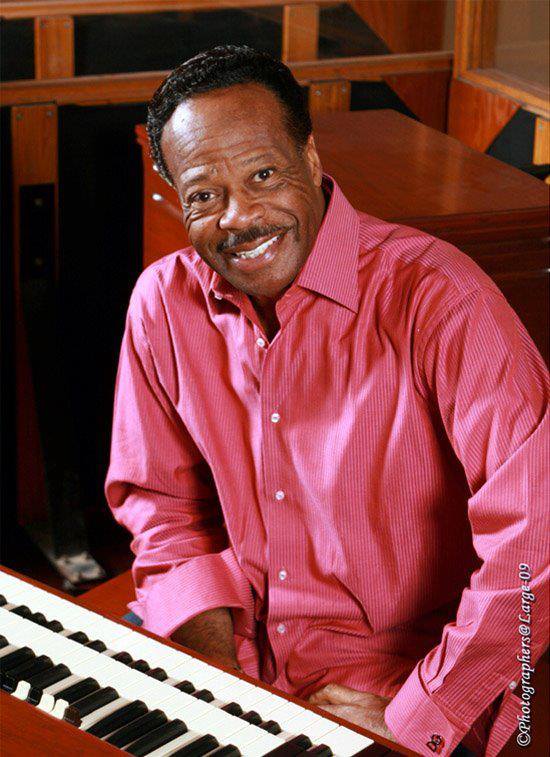 
Edwin Hawkins, hailed widely as the Father of Contemporary Gospel Music and arguably most recognized for arranging the quintessential version of “Oh Happy Day,” died today (January 15) at his home in Pleasanton, CA, after a bout with pancreatic cancer.  He was 74.


On January 11, the legend’s family requested prayer for him and stated that “all official updates [would] come from the official social media accounts of Edwin and his management team only.”  Still, today’s news of his death swiftly saturated social media through fans and other reliable sources.  Several media outlets hastened to share the news as well.  GMF delayed sharing the difficult news with its readers, out of respect to the family and management team in the immediate hours following the singer/songwriter/arranger’s transition.


In the official statement, the Hawkins family said,

It is with deep sadness that we announce the passing of Dr. Edwin Hawkins – a celebrated artist, innovator, and music icon.  Though he will be greatly missed the world over, the message of love, life, and encouragement that he incorporated into his music gives us all the same hope that we’ll join him in heaven and sing `Oh Happy Day.’

Hawkins was the leader of the Edwin Hawkins Singers and a member of the Hawkins Family, comprised of his siblings Walter, Carol, Feddie, Daniel, Lynette, and other relatives.


In 1968, Hawkins and the Northern California State Youth Choir COGIC (a choir he started with the assistance of Betty Watson) released an album, Let Us Go Into the House of the Lord, hoping to sell a few hundred copies at area concerts.  The album included his arrangement of the 18th century hymn “Oh Happy Day.”  In 1969, Buddah Records re-issued “Oh Happy Day” as a single from the Edwin Hawkins Singers.  The song became an international hit (charting in the US and several countries in Europe), earned Hawkins his first of four Grammy Awards, and reportedly sold seven million copies.  Accordingly, “Oh Happy Day” sits on The Recording Industry Association of America and National Endowment of the Arts Songs of the Century list, right between John McCormick’s “The Star Bangled Banner” and Jerry Lee Lewis’s “Great Balls of Fire.”


In addition to an extensive and accomplished recording and performance career, Hawkins and his brother Bishop Walter Hawkins are the founders of the Edwin & Walter Hawkins Music and Arts Love Fellowship Conference, now entering its 39th year.  Bishop Hawkins passed in 2010, also of pancreatic cancer.


GMF joins countless others around the world in extending heartfelt condolences to the Hawkins family during this difficult and emotional time.


In lieu of flowers, the family requests that you make donations to Music & Arts, Inc. at www.paypal.com. 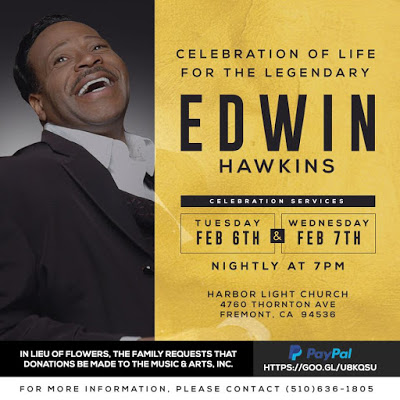