September 30, 2022 – One of the current kings of gospel quartet music, Keith “Wonderboy” Johnson, has died suddenly at the age of 50. Johnson was found dead in his Atlanta, GA home this morning. An autopsy is scheduled. Johnson was known for big gospel radio hits such as “Let Go and Let God Have His Way,” “Be Right,” and “Hide Behind the Mountain.”

“I’m in total disbelief,” says Black Smoke Music Worldwide founder Kerry Douglas, who first discovered Johnson when he was performing at the American Gospel Quartet Convention in Birmingham, AL in the late 1990s. “I saw Keith perform there and I was just taken by how he moved the audience,” Douglas recalls. “He was an electrifying performer. He was the second act I ever signed, and he was my first signing to become a major artist. We used to sell CDs and The Gospel Truth magazines out of the trunks of our cars. We sold over 10,000 copies back in the day. Keith was like a brother. I was there when his first child was born. We fussed and fought with each other since we met, but that relationship built this company. A lot of the big artists today stand on Keith’s shoulders because of those sacrifices we both made in those early days. Keith began his career with Black Smoke and ended with Black Smoke.”

Johnson was born Keith Lamar Johnson on May 17, 1972, in Brooklyn, NY.  When he was five years old, Johnson’s family started calling him “Wonderboy” for his wonderous musical talents. As a teenager, he enjoyed going to Harlem’s Apollo Theater to see great gospel acts such as John P. Kee and the Rev. James Cleveland. During his teens, he sang with the Boys Choir of Harlem and with his father’s quartet group,  The Spiritual Voices.

Johnson’s first Black Smoke Music Worldwide hit was 1998’s “Hide Behind the Mountain,” a rootsy a cappella track with a steady drumbeat. Then came other hits such as the massive “Be Right,” “Send A Revival,” “I’ll Fly Away,” and “I’ve Got a Feeling,” which showcased the singer’s gravelly tenor. In 2004, he moved on to RCA-owned Verity Records  where he released two albums and scored his biggest hit of all, “Let Go and Let God.” Over the years, Johnson’s bouncy rendition of “12 Days of Christmas” has become an annual favorite on gospel radio stations.

After one-off albums with Malaco Records and Motown Gospel, Johnson scored a production deal with SRT Entertainment which released his album, Keep Pushin’, through a distribution deal with Shanachie Records. “I am saddened to hear of the passing of Keith ‘Wonderboy’ Johnson,” says Shanachie General Manager, Randall Grass. “I first heard his song ‘Let Go and Let God’ around 20 years ago and was immediately impressed; here was an artist injecting the quartet tradition into a contemporary style and it was great. A few years ago, we had the opportunity to release a new album by him which was an equally satisfying melding of traditional and contemporary gospel. His contribution has been great, and he will be missed.”

This past spring, Johnson returned to Black Smoke Worldwide where he released the album, Restructure, Renew & Reunion, which featured the radio single, “It Was You.” Johnson has also acted in touring musicals such as “PMS” and “What A Man Wants, What A Woman Needs.” “He had a bubbly personality,” says Glinda Perkins, Program Director for WXVI in Montgomery, AL. “He was very personable and very serious about music. He was his own best pitchman and even though he had people who worked for him, he was always the best promoter for his music.”

A wake and musical tribute will take place Friday, October 14, 2022, at 6 PM ET, with a homegoing service (funeral) taking place on Friday, October 15, 2022, at 9 AM ET. Both events take place at The Concord Baptist Church of Christ, 833 Gardner C. Taylor Blvd. (Formerly Marcy Avenue) in Brooklyn, NY 11216. Attendees should enter through the red doors on Madison Street. Interment will take place immediately after the Saturday service at The Evergreens Cemetery at 1629 Bushwick Avenue in Brooklyn, NY 11207. The Evergreens is the resting place of entertainment giants such as tap dancer Bill “Bojangles” Robinson and Jazz musician Lester Young. The service will stream live via YouTube: @ConcordBrooklyn

“Turnin’ Things Around”
George, Jr.
From the CD, The Signature of “G”
www.trueideasmusicentertainment.com 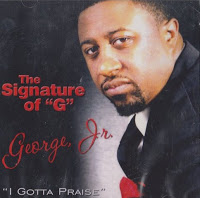 George Dickens, Jr. is the Stellar Award winning songwriter behind Keith “Wonderboy” Johnson’s hit song “I Made It,” from his 2006 Just Being Me album (also featured on WOW Gospel 2007).  The Oak City, NC native is also a front man and songwriter in his father’s group, George Dickens and the Gospel Disciples.

His recent effort is a solo project, The Signature of “G” which features “Turnin’ Things Around.”  An uplifting mid-tempo tune from start to finish, Dickens testifies of God’s provision and protection before cruising into a vamp that deposits in the spirits of all who’ll believe: “He’s turnin’ things around,” “He’s workin’ it out,” and “I can feel it!”

With Dickens’ Keith “Wonderboy” Johnson-esque lead, tight background vocals, and a laid back yet forward moving music arrangement laced with a sweet rhythm guitar, “Turnin’ Things Around” is my pick this week! 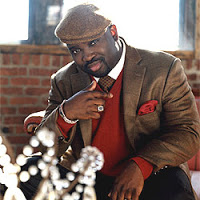 GMF learned today that Keith “Wonderboy” Johnson is gearing up for a live recording on Thursday, April 28, 2011, and it’s going to leave you in stitches.  Yep, you may have a hand-clapping, foot-stomping good time with the award-winning quartet sensation, but this go-round it will be because of his punchlines.

Johnson is not the first gospel artist to showcase comedic talent.  In 1999, Vickie Winans released a comedy CD called Share the Laughter (which peaked at #20 on Billboard Gospel), and more recently she released The Vickie Winans Laugh While You Lose fitness DVD.

The live comedy recording starts at 7pm and admission is free.