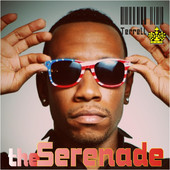 Terrell King’s music has been described as “genre-defying,” and he welcomes you to see for yourself with the release of the first music video from his EP The Serenade, called “One of Dem.”

The Atlanta resident’s introduction into the industry was his songwriting and production talents. Working behind the scenes, he has worked with some of the biggest producers in pop, gospel and R&B (Midi Mafia, Kendrick “Wyldcard” Dean, and EMI’s Kyle Lovett to name a few).

Those introductions led Terrell to release The Serenade in order to whet the sonic appetite of his long-time supporters.  “The purpose of the EP,” he says, “is to promote God’s love and positive energy in a new, fresh way.”

Check out the official video.