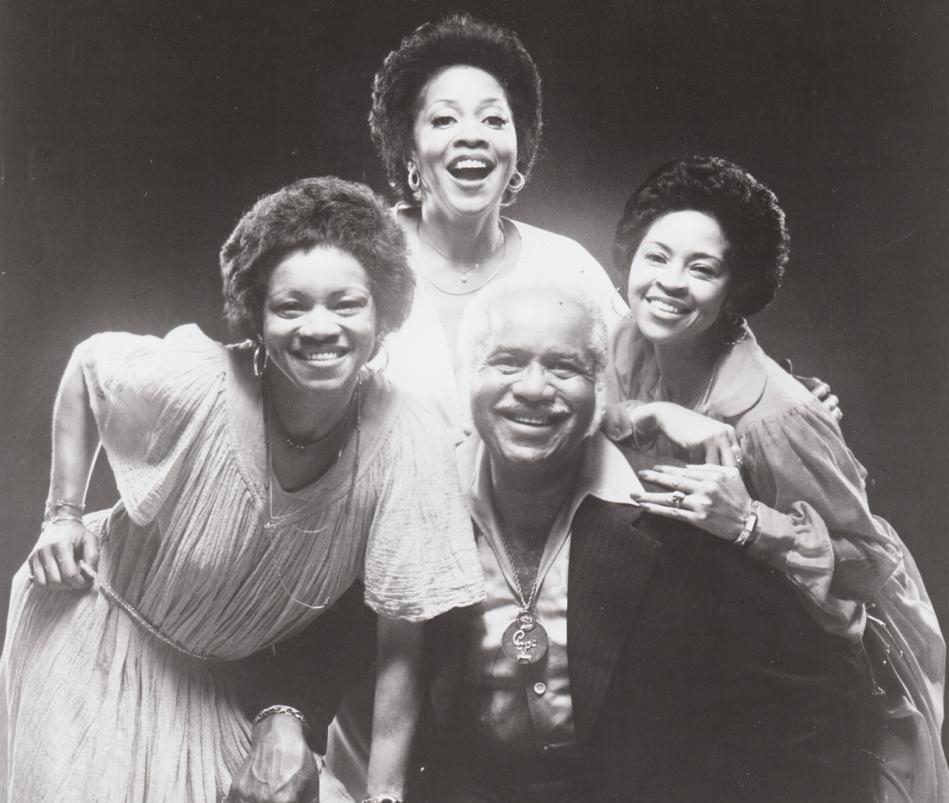 Cleotha “Cleedi” Staples, a founding member of the pioneering folk-gospel group, The Staple Singers, has died at the age of 78. She had gracefully battled Alzheimer’s disease for the last decade and passed away peacefully at her Chicago home on the morning of February 21, 2013.


Staples was born April 11, 1934 in Drew, Mississippi.  She was the first-born child of Roebuck “Pops” Staples and his wife, Oceola.  The family moved to Chicago in 1936 for better job opportunities. In the Windy City, siblings Pervis, Yvonne, Mavis and Cynthia were born. Pops worked a variety of manual labor jobs during the day and Oceola worked at the Morrison Hotel at night. To entertain the children in the evening, Pops began to teach them gospel songs while he strummed along on his ten-dollar guitar. His sister Katie enjoyed the sing-alongs so much that she arranged for the family to sing at her church one Sunday morning in 1948.  The family was called out for three encores and more than $7 was raised in the offering basket.  Pops realized the family group had a future, and The Staple Singers were born.

The group began to sing on WTAQ 1360 AM radio and made its first recording with “These Are They” for Pops’ own Royal Records in 1953. They then recorded for United Records before striking gold with Vee Jay Records where they recorded “If I Could Hear My Mother Pray Again” in 1956. With Pops’ blues-influenced guitar, Cleotha’s bright high notes, Pervis’ falsetto and Mavis rich contralto, they were on their way to stardom. They became one of the biggest gospel outfits of the era and turned out best-selling gospel classics such as “On My Way To Heaven,” “Will The Circle Be Unbroken,” “Don’t Knock,” “Pray On” and their signature hit, “Uncloudy Day,” generally accepted to be the first gospel record to sell one million copies.

The family became active in the Civil Rights movement after hearing Dr. Martin Luther King, Jr. preach at Dexter Avenue Baptist Church in Montgomery, AL in 1962 while on tour, and they often performed at events at the request of Dr. King.  As they became immersed in the movement, their music broadened from gospel music to more mainstream material.  In 1963 they became the first black recording artists to cover a Bob Dylan song (“Blowin’ in the Wind”), and they also recorded songs of protest such as “For What It’s Worth,” “Freedom Highway” and “Why? (Am I Treated So Bad).”  By 1968, when Pervis had left the group for the Army and Yvonne Staples took his place, they began to record for Stax Records, home of southern soul stars such as Otis Redding, Booker T. & The MGs and Sam & Dave.

Although Pops and Mavis usually handled vocal leads on Staple Singers songs, Cleotha was featured with Eddie Floyd (of “Knock on Wood” fame) on “It’s Too Late” from the 1969 Stax Records duets LP Boy Meets Girl.  Her velvety soprano was powerful and dynamic on the bluesy ballad about a lost love.  She also appeared with her family’s group in Ghana in 1971 at the Soul To Soul concert, appearing along with Wilson Pickett, Ike & Tina Turner and Santana; at the historic 1972 Wattstax festival in Los Angeles and in Martin Scorsese’s landmark 1978 concert film “The Last Waltz,” in which Ms. Staples and her family sang “The Weight” with The Band.  The Soul To Soul concert and the Wattstax Festival, known as “the Black Woodstock,” have both been the subject of recent documentaries.

The Staple Singers moved to Curtis Mayfield’s Curtom label in the mid-1970’s, where they scored another number one smash, “Let’s Do It Again,” in December 1975 before signing with Warner Bros. Records.
Cleotha’s last recordings were with the Staple Singers for backing sessions on Abbey Lincoln’s Devil Got Your Tongue CD (1993) and Pops Staples’ two solo albums, Peace To The Neighborhood (1992) and the GRAMMY Award-winning Father Father (1994).  After Pops died in 2000, the Staple Singers ceased to perform as a group.

Ms. Staples was inducted into the Rock and Roll Hall of Fame with her family in 1999 and also received a GRAMMY Lifetime Achievement Award in 2005.

Cleotha is survived by her siblings Pervis, Yvonne and Mavis, her dedicated caretakers Penny and Sushi, and a loving and wonderful extended family of nieces, nephews and treasured friends.
“We will keep on,” Mavis Staples says of her sister’s death. “Yvonne and
I will continue singing to keep our father’s legacy and our sister’s
legacy alive.  I just finished my second record with Jeff Tweedy, and it
will be dedicated to my dear Cleedi’s memory.”‘
Homegoing Arrangements
Viewing
Thursday, February 28, 2013
6 PM
Leak & Sons Funeral Home
7838 South Cottage Grove
Chicago, IL 60619
Funeral
Friday, March 1, 2013
10 AM
Trinity United Church of Christ
400 W 95th Street
Chicago, IL 60628
Interment Following Funeral
Oak Woods Cemetery
1035 E. 67th Street