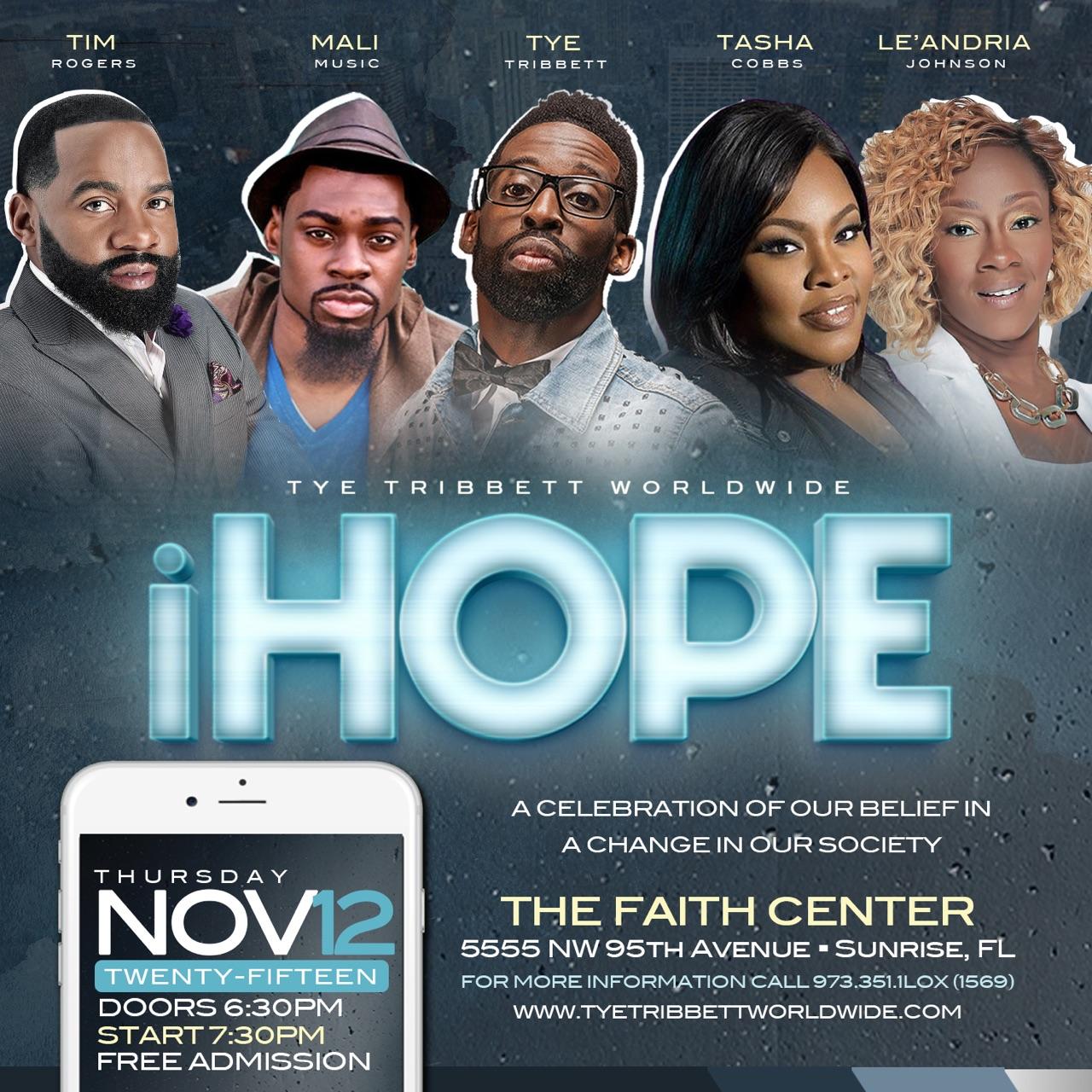 Tye Tribbett’s cousin Corey Jones, a drummer, was on his way home from a concert gig when he experienced SUV trouble in the early morning of October 18th. While he was awaiting roadside assistance on Interstate 95 in Palm Beach Gardens, FL, an undercover officer approached Jones’ stranded vehicle. While there are differing accounts of what happened next, less than an hour later Jones was dead, felled by at least three bullets after he began to run away from the policeman.

The death of Tribbett’s cousin has moved him once again to speak out and advocate for change in the way humans deal with each other and how law enforcement deals with us all.

Earlier this year Tribbett was moved to speak out after the June 2015 Charleston church massacre. Consequently, he launched a packed “Hate Won’t Win” concert in Columbia, SC to benefit the Mother Emanuel Hope Fund that retired burial debt and other expenses related to the nine people who were shot to death in that tragic incident.