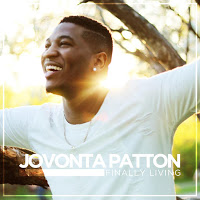 
In a press release, CEO Marquis Boone of MBE Enterprises said, “We count it an honor to be able to introduce the next generation of artists to the world.  Jovonta is a great talent.  We are excited that he hired our firm to assist him in introducing hi music to the world.  I think Jovonta has a long, wondrous career ahead of him.”  Boone also manages gospel sensations Casey J and Bri Babineaux.


Jovonta got his start singing at the tender age of four in the choir at Berean Missionary Baptist Church.  He began writing songs at age six.  He cites Donald Lawrence, one of gospel’s prolific songwriters, as his musical hero and says that the 11 tracks on Finally Living are, like Lawrences’s compositions, grounded in the Scriptures.