Skip to content
Below is the abridged transcript of my interview with Daja Rice, which first aired June 4, on “The Gospel Music Fever Show” with Libra Boyd. #GMFRadio
By Libra Boyd
Gospel Music Fever
Daja Rice is a singer, professional theater performing artist, playwright, and author of the book, Daddy’s Girl. She’s originally from Spring Valley, NY and presently resides in GA with her husband, Jonathan. Aside from serving in ministry with her husband, she has spent much of her career performing on stage and enhancing the education of youth through the performing arts.
Libra:  Daja, how are you?
Daja:  I’m great!  How are you?
Libra:  I’m doing well, I’m excited [for you to talk] to us about your brand new book, Daddy’s Girl. I really want to get into that, but before we do, I would love for you tell our audience about your ministry. You are in ministry with your husband Jonathan and currently, you are based in Georgia. You and Jonathan both sing. Tell me a little bit about that, because you’ve come on Facebook Live, and maybe done some singing [on there], and you’ve done some worship events.
Daja:  Yes, we have a duo called The Rices and we sing [gospel music] together. Singing is something that we enjoy doing together, but we don’t just limit our marriage ministry to that. We also enjoy having candid and transparent conversations with people about marriage and the lessons that we learn. As a matter of fact, this past Friday (June 1), we celebrated our first year anniversary–
Libra:  Congratulations!
Daja:  … as a married couple. Thank you, thank you, thank you! So excited that we made it.
Libra:  Absolutely.
Daja:  Because millions didn’t.  We’re one of the couples who did. So, to commemorate that, on Thursday, we had a conversation on Facebook Live, called “365 Things I Know About Marriage”. And the reason why we called it that–we didn’t actually talk about 365 things–but we called it that because a lot of times people don’t think that newlyweds know anything about marriage, and that is so untrue. You literally learn something new every single day. Hence the name, “365 Things I Know About Marriage,” because we learn something new every day. And so if you wanna shoot over to Facebook, www.facebook.com/thericessing, you’ll find that video there.

Libra:  Awesome. And you have a brand new book called Daddy’s Girl. Tell us about it.

Daja:  Daddy’s Girl is an autobiographical story about my process from heartbreak to redemption with my natural father, which inspires women to not only literally acknowledge and embrace the power of the father/daughter relationship, but it also shares personal experiences, like I said, with an effective strategy to promote healing and redemption period. Not only with your natural father, but with anyone or even with yourself. And so I’m really excited about it, because it’s always a beautiful thing when God turns your test into a testimony, and so I’m hoping that this will be a blessing to people.
Libra:  [I like how readers have] the opportunity to reflect [through] the writing prompts [that] are connected to each of the nine chapters of the book.  You said in the book that your assignment is to “help people choose forgiveness, even if you don’t get an apology.” Your assignment is to “help people to choose love, even if your heart is broken.”  How did you find this place? How did you come to understand this as your assignment?
Daja:  I just believe that [just as I] overcome by the words of my testimony, so will other people and so I believe that because God gave me this beautiful story, I have a mandate on myself to share it with other people and let them be blessed by it. And so that’s how I came into knowing that as my assignment. But before it becomes an assignment, it’s just a reality. Sin is a hard reality to face when you do have to do things like forgiving people who don’t say sorry, or love when your heart is broken. Those are hard things to do. And so what I wanted to do through this book was share my experiences with other people [and] tell them how I took responsibility for my healing and redemption.
Libra:  You talk about the point at which you were with your then-boyfriend, now husband. You recalled the point that you were with him at the fair and you had a breakdown. But it was a breakdown that ended up being the breaking point that provided the segue for your breakthrough. Tell us more about that.
Daja:  It was a powerful moment because I realized just how emotionally unstable I was, and that’s a hard reality to face too–because it provokes you. You have to do something. And you can’t just sit back and blame other people for how you feel; you have to take responsibility for it. So I listened. In context. My husband–or my boyfriend at the time–and I were at the fair. We’d had a really great time, it was an awesome day, and then we get in the car and I just burst into tears [over] what we thought was nothing. But it wasn’t “nothing.” It’s never “nothing.” So [I went] on this rant about how unhappy I was.  He let me let it all out, and then he [said] to me–and I don’t even think he knew how powerful this was at the time, “You want me to be your father and I can’t be. I can’t be your father.”
Because I had a void there for my natural father, I was expecting Jonathan to fill areas that he was not meant to fill. And when you do that, it’s a very dangerous thing because then you start to place unrealistic expectations on your counterpart. And everybody comes into our life for a reason, and so I compared people to rubber bands in Daddy’s Girl. I said, “You know, rubber bands will do just like people. They’ll do what they’re supposed to do, but if you try to stretch them too much, eventually they’ll pop.” And that’s what I started to see with Jonathan. It was just, you know it was one of those “pop” moments, like, “Girl, I love you, but I can’t be all of this for you. I can only be what God has called me to be for you, and that is a boyfriend right now. And one day it might become a husband, but it will never be a father. That’s not what God called me to be for you.”
And so once I faced that reality, I also faced the reality that some of the pain and some of the hurt that I was experiencing, I was actually bringing on myself.

Libra:  Was Jonathan aware of the nature of the relationship between you and your father at that time?

Daja:  Yes, but Jonathan (pictured right), even though he was aware of the nature of our relationship, only got my side–because my father lived almost a thousand miles away from me. And so my father and Jonathan had met, but they didn’t have a lot of interaction with each other, and Jonathan didn’t have the opportunity to make his own judgment.
It took me a little time [to come to terms with the reality that Jonathan presented me that day at the fair], but he was right. And I didn’t realize that until maybe a couple weeks later. So when I finally realized that he was right, I didn’t even tell him that he was right. I just went to work. I sat with it, I reflected on it, and then I did something with it.
Libra:  And what strikes me is that you handled all this with care. You mentioned in the book that you received your father’s blessings to write Daddy’s Girl, which I think is critically important because your father is still a part of your life. He was at your wedding. How is your relationship with your father now, and what has been his response to the completed book?
Daja:  My relationship with my father is real. It’s a real father/daughter relationship. We talk often. He gives me his fatherly advice. He disagrees with some of the things I do. I disagree with some of the things he does. We love each other through it. It’s a real father/daughter relationship. None of that idealistic stuff that I used to hold him to, and so our relationship is redeemed in that way. And what he thinks about this book is that people will be blessed by it, just like I do. And so he’s just super supportive.
Libra:  Well that’s really encouraging. That has to mean a lot to you.  How can folks purchase Daddy’s Girl?
Daja:  You can go to www.thericesent.com and shop there.  I am [also] going to start a virtual book club on Facebook. So if you want to be notified about that when it starts, just subscribe to our mailing list on the website [I just mentioned], and you’ll be notified when that starts as well. 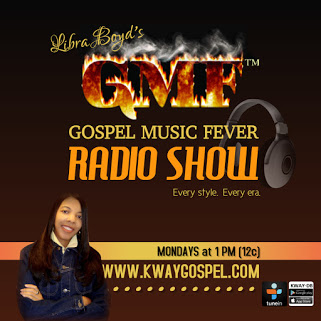