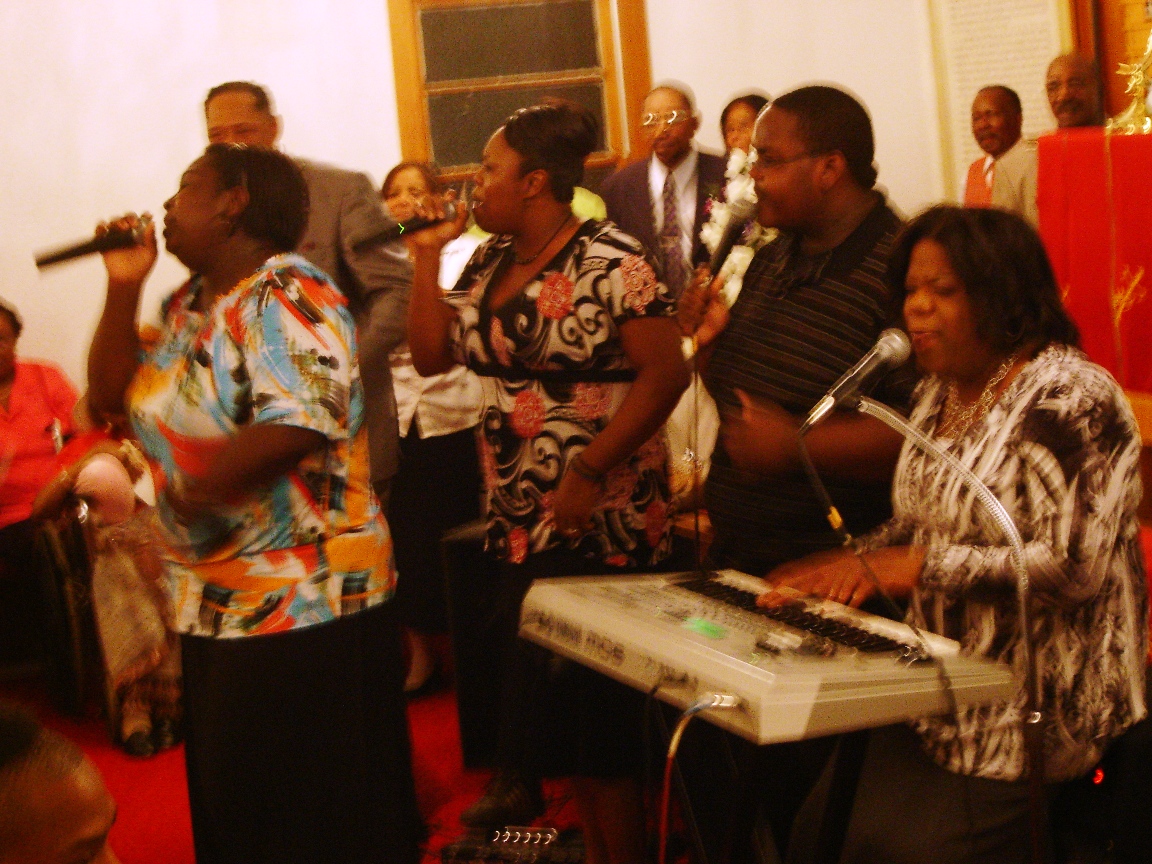 RuBena Cooper-Woods (front) loosens the ceiling tiles with “I’m Working
on the Building.”  The group New Creation was among the
house-wreckers at John K. Thorpe’s appreciation musical.  The honoree
is in the background, behind Cooper-Woods, looking on.
By Libra Boyd
Gospel Music Fever 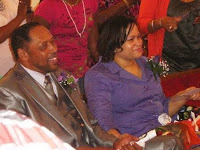 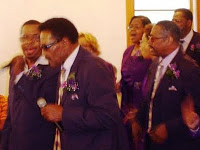 The occasion was an appreciation musical for John Kermit Thorpe, lead singer of sibling group, the Thorpe Family and a long time member of the Brower Brothers of New Jersey.  The four hour celebration, emceed by WRXO’s David Ramsey, featured hard-driving quartet music from the Thorpe Family, New Hope Person Male Chorus–of which Thorpe is also a member, the Spiritual Lights of Rougemont, New Creation, the True Lights of Bahama, the Spiritual Messengers, 14 year-old Tahmique Cameron, and Minister Brenda Hunt-Moore, who when describing Thorpe’s passion, commented that he is the only person she knows who will travel “a thousand miles to sing one song, won’t get paid a dime, and will come back just as happy as he can be.”  Among several other tributes and presentations–some tearful and some humorous–were congratulatory letters from Mayor Bill Bell of Durham and the Durham County Board of Commissioners, and special remarks from host pastor, Rev. W.L. Richardson.
At the close of the evening, Thorpe expressed his gratitude to the near capacity crowd before singing “Child of God” from his CD In His Name, followed by James Fortune’s “I Believe” as a special dedication to his wife, Stella.
Thorpe was honored for his community involvement, his dedication to gospel music, and his contributions throughout the east coast in advancement of the art form.
_____________________________

Above left:  John and Stella Thorpe enjoy one of the numerous tributes of the four hour service.